There's no reason he should have been any good. The kid from . If he was any good, wouldn't Gonzaga have scooped him up? Not to mention his High School team was called the Bullpups. His Freshman year, he backed up Luke Sikma and Kramer Knutson. He played less than Jasonn Hannibal, less than Tanner Riley, and less than Riley Barker (before his redshirt year). Other then a boost of minutes at the end of the season, it was a pretty unremarkable season. But who could blame him, everybody knows 6'7'' is too short to play power forward. 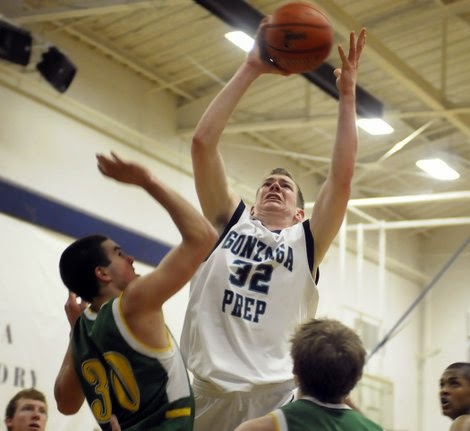 Heading into Ryan's Sophomore he was merely an afterthought. This team was going to revolve around Nemanja Mitrovic's shooting, Tim Douglas's penetration, and everyone had high hopes for the super recruit from California Kevin Bailey. Surprise, Surprise over the summer Ryan Nicholas morphed into Rhino Nicholas and he was not the same player. He became the backbone of the Pilots offense. He started all 31 games, he led the team in minutes, points, rebounds, and field goal percentage. He was really just hitting his stride at the end of the season putting up 19/14 against BYU and 24/11 against Santa Clara. He was truly the one bright spot to the 2011-2012 season that saw the Pilots stumbling to only 7 wins. 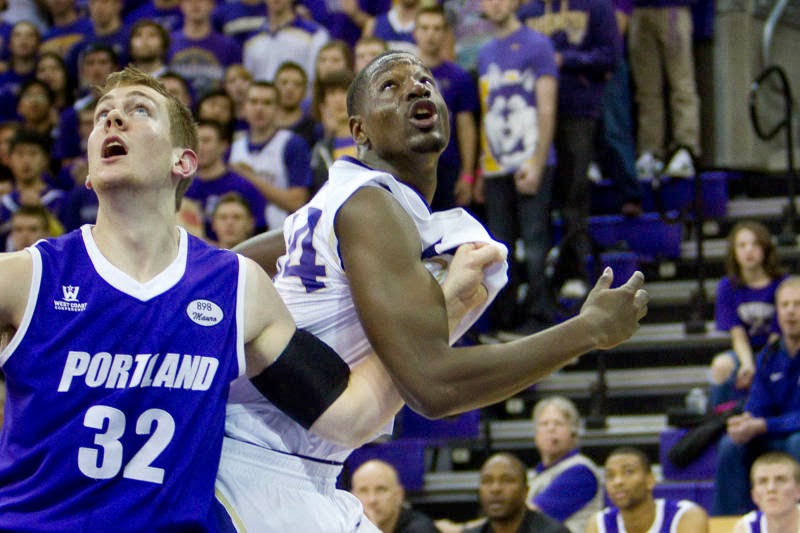 Just in case we forgot who's team it was at the beginning of the 2012-2013 season, Nicholas reminded us. He started with a 16/11 against Ohio and then a 22/8 against Idaho State. As the Pilots struggled to find their offense that season, Nicholas thrived in the chaos. Never one to need a play run for him to get his points, Ryan feasted off broken plays, offensive rebounds, and the ball always swung his way in the key when nothing else was working. He also had developed a 3-point shot over the summer, and hit 37 3's that season, which would be a career high (not to mention a team high).

Ryan's Junior season also contained what I consider his signature game. December 4th, 2012 the Pilots took on #21 ranked UNLV at the Chiles Center. Although UNLV would be without Mike Moser (who was stopping off in Las Vegas post UCLA, pre Oregon) due to injury, Ryan would still have to tangle down low with future #1 overall NBA draft pick Anthony Bennett (back when he was good). Check out the highlights from the 15/19 Ryan dropped on UNLV:


This season we won almost as many games as the past two season combined but it will still go down as a failure. For no other reason than we got bounced in the first round of the WCC tournament. But Ryan also got to notch off some career highlights along the way. The Pilots beat Gonzaga for the first time in 10 years (at home no less) and Ryan contributed 8/9. In the rematch, he had 15/15 and led a wild second half comeback that came up short. The Pilots beat BYU in a triple overtime thriller. Down the stretch the Pilots lost Kevin Bailey and Alec Wintering, and were desperate for bodies. But Ryan kept scrapping all the way to the end. In February 27th game against St. Mary's, he didn't exactly put up eye an popping boxscore but every time the Pilots needed a big shot to keep the game close, they kept swinging it to Ryan and he made big shot after big shot. They lost the game in the end but gave St Mary's all they could handle. Rhino's big shots and double doubles weren't enough to save the Pilots in the first round of the WCC tournament but the season at this point was less about making a run and more about survival. And the Pilots were just too beat down at this point. However, Rhino did walk away with the WCC rebounding title which would soften the slap in the face of not making the All-WCC team (all WCC team without the leagues best rebounder?!?!)

Rhino's toughness and determination cannot be questioned. What can be questioned is the legacy he will leave with the program and its fans. Here are his stats compared to the other top frontcourt/rebounders in Pilot's history (sorry to the Pilots from the 1950's and early 1960's but stats are hard to find):

Even better, if you take Ryan's stats and exclude his freshman year (where he only played sparingly), his stats really take off:


In my mind, Ryan Nicholas has solidified himself as one of the best frontcourt players in Pilots history, if not the best since Raivio graduated in 1980 (Do the math: Best in 30 years). I think the numbers back it up and I think few will argue that have seen him play in person for the last four years. Will they retire his jersey? Probably not, since they still haven't retired Pooh Jeter's jersey yet and he graduated in 2006 and is #2 in points scored all-time. Who knows anymore what the standards are for getting your jersey raised in the rafters. What I do know is this, this guy was special, and he added value to my tickets for the last 4 years. He was someone who really gave a shit whether we won or lost, and that's more rare than you would think. I'm very excited to see where his career goes from here, and I can't wait until Summer when the Trailblazers are trying to round out their Summer League roster and PilotsCourtside.com begins the twitter campaign to give Nicholas a spot on the roster (Hey, Nik Raivio got a shot!). Ryan, thank you for your service, no matter what UP does we will definitely be raising your jersey to the ceiling of the PC office. You deserve it! 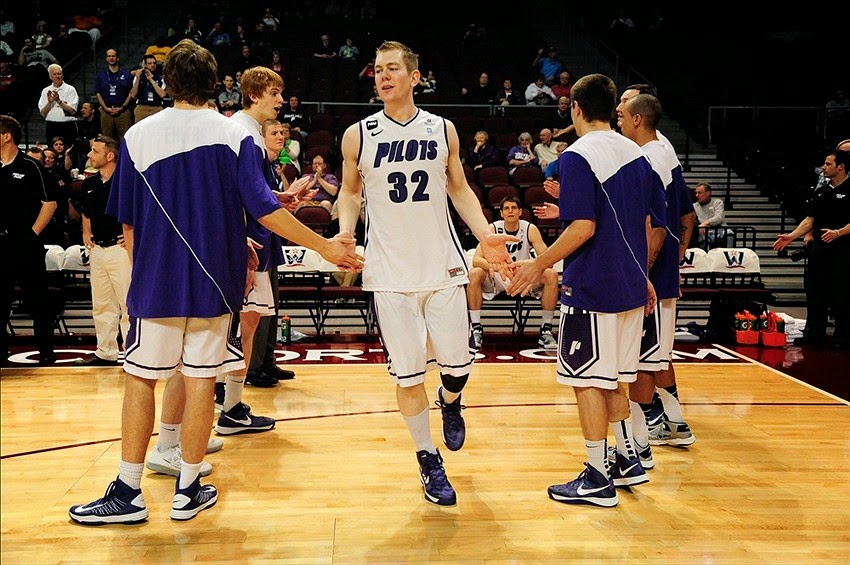